The Federal Reserve event was unable to shake out any spot market dollar bulls that are eager for an upside correction.

We will have to wait to look at data collected since the Fed meeting as for how CTFC positing might have been affected by the event.

However, there was little to encourage a bullish bias for the greenback, given that the Fed consensus suggests that there will be no changes before 2024.

Meanwhile, there was some acknowledgement of improved economic conditions which seemed to have supported the dollar during Fed Chair Jerome Powell’s presser – rather counterintuitively though.

CAD hangs in the balance of the US dollar and oil

To date, the view that a reflationary Fed policy has been a dollar negative.

Such a policy should help to support stocks and commodities (CAD is correlated to commodities).

If there is a persistent sense of a recovery, then that should be a weight on the greenback.

As for commodities, the price of oil has been on the march and broke the $40 handle in mid-North American markets on Wednesday as risk appetite improved.

In addition, the latest API data showed a heavy decline in oil inventories, while headlines have also suggested OPEC+ compliance was above 100% for August.

However, if oil now struggles to gain much further ground and if the US dollar dies indeed breakout to the upside, USD/CAD could be sent on its way to the 1.33 handle as per the technical analysis below:

While al of the above points to a stronger Canadian dollar, the technical landscape on the charts remain negative, bullish USD/CAD.

As illustrated here, it has been a difficult environment to stay long of USD/CAD while the price has consolidated in sideways price action in anticipation of a breakout to the upside:

Original setup showed that the price was likely due an upside extension: 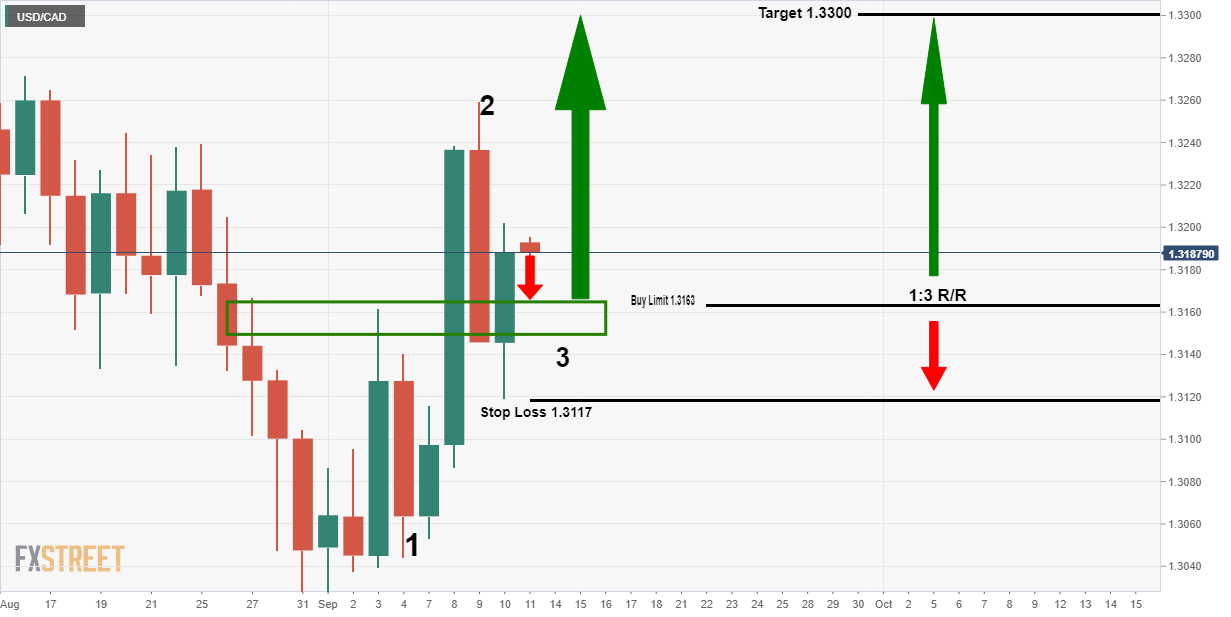 On the 40hour time frame, however, the price has just moved sideways in the creating of dynamic trendline support:

At this juncture, bulls may well be trapped, but a break of the current resistance structure will likely lead to the breakout that has been expected.

However, failures at resistance and a break of the trendline support and support structure will invalidate such bullish prospects.